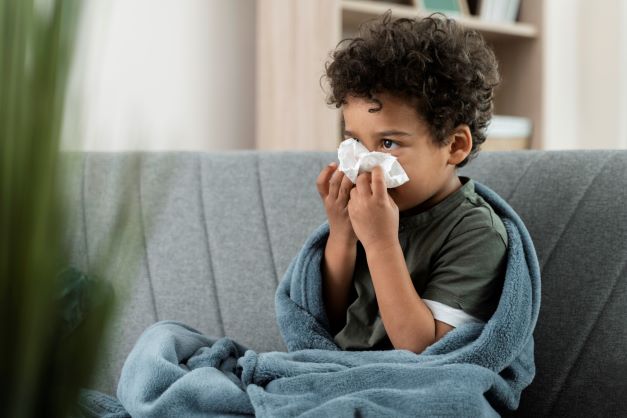 How to Treat The Flu in Toddlers

Friends of Hermina, almost everyone has experienced flu or colds, including children and toddlers. The immune system of toddlers is still less than optimal, making them vulnerable to various diseases, including flu. In adults or children with flu, several clinical symptoms may appear, such as fever, body aches, cough, runny nose and several other related symptoms. In general, children with flu can recover in less than a week. However, in some children, the flu can develop into a more serious infection that requires hospitalization. To overcome the flu in children can be done by making sure the child gets enough fluids and rest. If he seems uncomfortable, it's best to talk to his doctor about giving him medication to reduce his symptoms. Do not give antibiotics without first consulting your doctor.

Here are some things that can be done at home to relieve flu symptoms suffered by toddlers:

Although the flu is one of the common illnesses experienced by toddlers, there are several conditions that make parents need to be alert and immediately consult a doctor, including :

Toddlers with immature immune systems are at risk for various diseases. As a result, flu in infants with severe symptoms should be avoided.Consult a doctor for appropriate and safe treatment for babies.