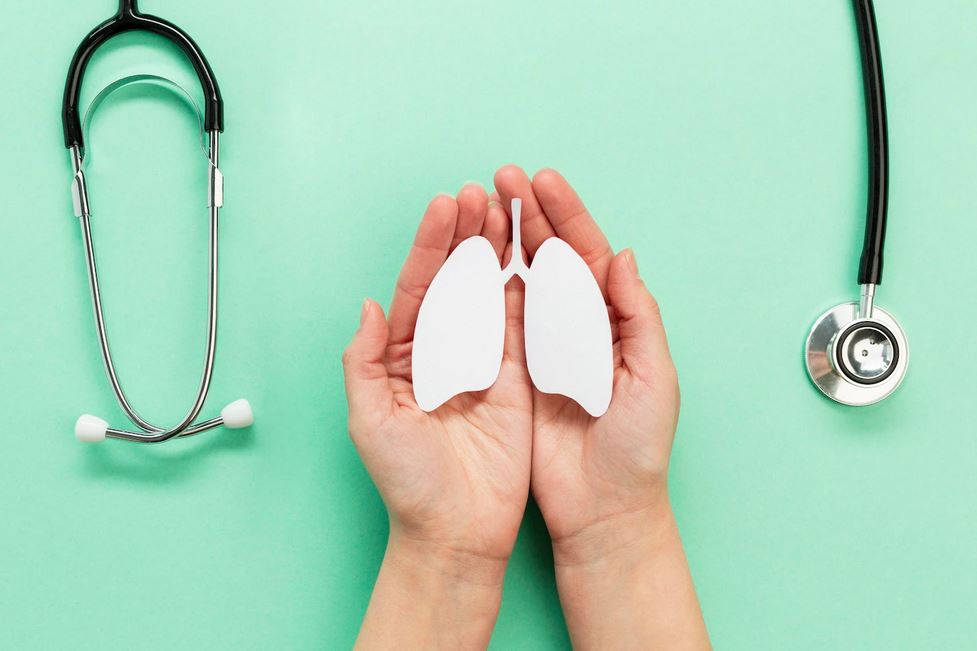 Frequent shortness of breath, prolonged coughing, or wheezing can be signs of a lung problem. What are the common types of lung disease? Check out the following article so you can anticipate it.

The lungs are one of the organs that play an important role in running the respiratory system (breathing). When air reaches the lungs, there will be an exchange of oxygen from outside the body with carbon dioxide from the blood. If the lungs are disturbed, then this process will also be disrupted.

The following are various diseases that can attack the lungs:

Pneumonia is an infection that causes the air sacs in the lungs to become inflamed and swollen. Pneumonia is often referred to as wet lungs, because in this condition, the lungs can be filled with fluid or pus.

The cause of pneumonia is a bacterial, viral, or fungal infection. Transmission of this infection occurs through air contaminated with germs from patients who sneeze or cough.

Tuberculosis (TB) is a lung disease caused by the bacterium Mycobacterium tuberculosis. These bacteria not only attack the lungs, but can also spread to other body parts, such as bones, lymph nodes, central nervous system, and kidneys.

TB bacteria spread in the air through splashes of phlegm or fluids from the respiratory tract of the sufferer, for example when coughing or sneezing.

Bronchitis is inflammation that occurs in the branching of the airways leading to the lungs or bronchi. One of the most common causes is a viral infection.

The virus that causes bronchitis is usually transmitted from the patient through the sprinkling of the phlegm they produce. If the sputum is inhaled or swallowed by another person, the virus will infect the person's bronchial tubes.

Chronic obstructive pulmonary disease (COPD) is a chronic lung inflammation that causes airflow obstruction to and from the lungs. There are two types of disorders that occur in COPD, namely chronic bronchitis and emphysema.

The main factor that increases the risk of developing COPD is long-term exposure to cigarette smoke, both active and passive. While other risk factors are exposure to dust, fuel fumes, and chemical fumes.

Asthma is a chronic disease characterized by inflammation and narrowing of the airways, causing shortness of breath.

People with asthma generally have more sensitive airways. When people with asthma are exposed to allergens or triggers, their airways become inflamed, swollen, and narrowed. This will block the air flow. In addition, there will be an increase in the production of phlegm which makes it more difficult for sufferers to breathe.

There are several things that can trigger an asthma attack, such as exposure to dust, cigarette smoke, animal dander, cold air, viruses, and chemicals.

Those are the kinds of lung diseases that you need to know and be aware of. If you often experience a prolonged cough, shortness of breath, wheezing, or even chest pain, don't hesitate to see a doctor so that you can be given the right treatment.

Happy Hypoxia lung cancer detectionBRONCHITISLung Cancer: How to Detect and TreatmentThings to Know About TuberculosisAsthma: Causes, Symptoms, Treatment and PreventionHappy Hypoxia on Covid-19Bahaya VAPE Bagi Paru - ParuBahaya VAPE Bagi Paru - ParuMengenal Penyakit Paru Obstruktif Kronis (PPOK)“Tuberculosis” Getting To Know Knowing Tuberculosis DiseaseBagaimana menjaga Paru Tetap Sehat?Knowing Pulmonary Tuberculosis Prevention and TreatmentTB Affects Not Only Adults, but Also Children The Impack of Vape on Health and the EnviromentCough that doesn't go away, let's see what causes itCough that doesn't go away, let's see what causes itDifference between chest pain due to GERD & heart attack and its treatmentPREVENT LUNG INFECTION WITH IMMUNIZATION