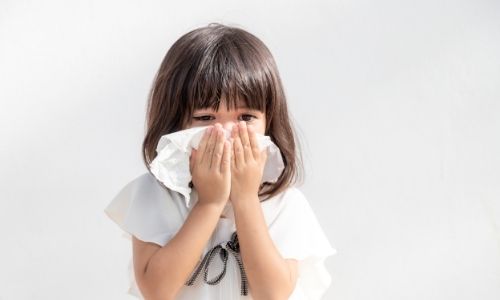 Influenza, or often referred to as the flu, is a seasonal disease that is prone to attacking anyone, especially children and adults who have weak immune systems.

Influenza, or flu, is very susceptible to attack in children, especially during the transition season. The condition of this child will certainly make parents anxious. Although worrying, these health problems can usually be cured with home treatments. One of them is that the patient must get enough rest.

Influenza (Flu) is a viral infection that affects the respiratory tract and is highly contagious. Symptoms in adults and children who experience influenza can be characterized by clinical symptoms such as fever, body aches, cough, runny nose, and several other symptoms.

Generally, if it occurs in children, generally, suffering from the flu can be cured in less than one week. In certain cases, children who have the flu can develop very serious infections. So you have to get treatment at the hospital immediately.

The cause of the flu comes from airborne droplets from another patient who is coughing, sneezing, or talking to other people who are not infected. Viruses that thrive in the air are inhaled or attached to objects that are touched or are in the vicinity, such as phones, keyboards, doorknobs, laptops, or computers.

The virus is then transferred to an uninfected person through the hand holding the object and then to the eyes, nose, and mouth.

Recognizing the Symptoms of Influenza (Flu)

The influenza (Flu) disease that attacks children will show the following symptoms:

In more severe cases, children who experience symptoms of influenza will experience the following symptoms:

Meanwhile, in certain population groups, influenza can have a more severe risk of complications, namely:

Influenza in children who require a doctor's examination

Influenza that attacks babies must be treated immediately, especially if they are under 6 months old. Patients should always get exclusive breastfeeding. Meanwhile, in children aged 5 years or older, if the condition worsens, they should immediately consult a doctor.

Symptoms that parents need to watch out for when their child is experiencing influenza so that there is no delay in checking up with a doctor include:

How to recognize influenza or the common cold in children.

Both influenza and the common cold that occur in children are both caused by viruses. Children's symptoms are similar to those of adults, including fever, body aches, runny nose, dry throat, weakness, and headache.

The two health disorders can be distinguished by paying attention to the severity of the disease and the symptoms that appear. Influenza symptoms in children will appear more quickly and they will look sick immediately. Meanwhile, cold symptoms will appear gradually.

Every child has a different immune system. However, influenza in children will recover within a week or so without being followed by other problems.

Complications of the flu can occur and show severe symptoms, although in rare cases they can cause death.

Some of the complications that can occur due to influenza in children include:

Children with chronic conditions have a higher level of risk if they catch influenza. So children with special needs need to be kept away from other people who have the flu. This is done to keep unwanted things away from children. If your child has influenza, consult with a pediatrician at the nearest Hermina Hospital. Friends of Hermina can also consult online with a hospital specialist. Hermina with the application "Hello Hermina."

Beware of the Threat of Flu in Unpredictable WeatherCan e-cigarettes cause popcorn lung?