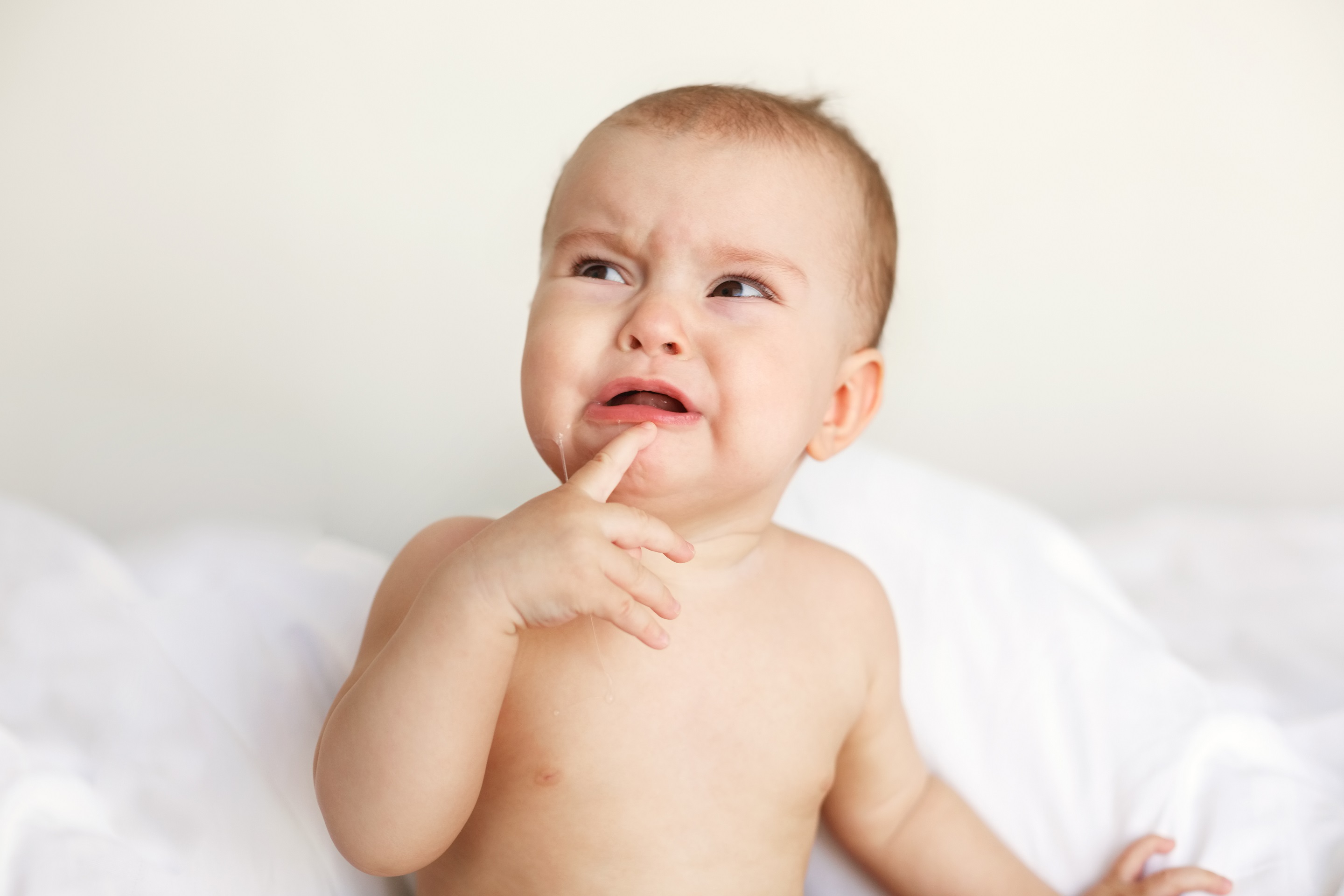 When you are a baby, your child's ability to digest food is still developing and not perfect. This condition makes babies very susceptible to various digestive problems. In fact, food intake is very important for its growth. For that, as a parent, Mother of Friends of Hermina needs to know what digestive disorders in babies often occur and how to overcome them. Although it often occurs, digestive disorders in infants are very difficult to detect. The reason is, a baby who can't speak or has difficulty speaking, of course can't tell what symptoms he feels properly. They can only cry and look weak. From birth, the baby's digestive system learns to process the intake of nutrients that enter the body through food. Since the digestive system is still in its developmental stage, babies are more prone to indigestion.

From birth, the baby's digestive system learns to process the intake of nutrients that enter the body through food. Since the digestive system is still in its developmental stage, babies are more prone to indigestion. Babies who have digestive disorders will generally show symptoms in the form of fussiness, flatulence, nausea, vomiting, diarrhea, to dehydration. Entering the age of 6 months and over, baby's nutrition is not limited by only breast milk. Formula milk, solid food or MPASI (breast milk substitutes) have also been introduced to the little one as a nutritional intake. These new nutrients may cause disturbances in your little one's digestive system, because the digestive tract is not yet fully formed. Therefore, mothers need to know the symptoms of digestive system disorders in their little ones to determine the right treatment if one or more of the signs appear.

Digestive Disorders That Can Happen To Babies

Colic is characterized by excessive crying. Colic generally occurs in the first few weeks after the baby is born and stops when the baby is 4 months old. Babies who have colic will cry for more than 3 hours a day for 3 days a week, at least 3 weeks in a row.

Spitting up is a normal condition, because the baby's esophagus is not fully developed. In addition, the size of the stomach is also still very small. When you eat too much or swallow air while feeding, your baby may spit up. Usually the spitting up will disappear when the baby is between 6 months to 1 year old, because at that time the esophageal muscles are able to function properly. Spitting up in babies is not a worrying condition, as long as it does not occur excessively or prolonged, and does not cause disturbances to its growth and development.

A bloated stomach in a child can make him cry and fuss. This condition is due to the child's digestive tract not functioning perfectly. Children who experience flatulence will usually show typical symptoms, namely the stomach becomes hard, often burps, fussy, and often farts. This condition can be caused by the way your little one eats and drinks too fast or too slowly, drinks from a teat bottle with lots of air bubbles, as well as the habit of sucking on an empty teat bottle. Eating gassy foods, such as broccoli, sweet potatoes, onions, or cabbage, can also cause bloating. In addition, there are other conditions that can cause flatulence, such as reflux or backflow of stomach acid, and lactose intolerance.

Constipation / difficulty defecating is quite common in toddlers. Usually caused by complementary feeding (MPASI), dehydration, or certain medical conditions. Symptoms of constipation in babies are easy to recognize, namely the little one does not defecate at least three times a week, has difficulty passing stools, and the texture of the stool is hard. In addition, the stomach can feel hard, decreased appetite, feel pain when pushing, and cry every time you are invited to the toilet to defecate (BAB). To overcome this, you can give your child constipation medicine.

Basically, as long as the child is still consuming breast milk, formula milk, or semi-solid food, the texture of the stool during defecation tends to be soft. However, you should be vigilant when your little one is defecating too often, liquid stools, or in large quantities. It could be that your little one has diarrhea. Diarrhea in infants can be caused by many factors, ranging from parasitic, bacterial or viral infections, allergies to certain foods or drugs, drinking too much fruit juice, to food poisoning.

How to Overcome Digestive Disorders and Maintain Baby's Digestive Health
Consulting a doctor is the most effective way to deal with the symptoms of indigestion in babies. If the symptoms that appear do not subside, don't hesitate to check your little one to the doctor to get the right treatment.

There are various simple ways that you can do when your baby often has digestive disorders, including:

Get used to breastfeeding or feeding the child in a more upright position, and maintain this position for about 20 minutes after feeding or feeding. This is done to prevent milk and food from rising back up into the esophagus. Also make sure your little one doesn't eat or drink too fast.

If your little one has bloating, gently massage his tummy to relieve gas or make his tummy feel better. In addition, Mother can also rub the back of the Little One. The trick, put your little one on the mattress or on the mother's thighs with the stomach facing down or face down.

If your little one suffers from constipation, you should give them foods that are high in fiber. Prioritize giving him fiber intake from fruits or fruit juices, such as apples or pears. In addition to fruits, whole wheat bread can also be given to your little one.

If your child has diarrhea, avoid any foods that can make diarrhea symptoms worse, such as oily foods, foods high in fiber, spicy and sour foods, dairy products, and sweet foods. If your little one is still drinking breast milk, you should also not eat these foods.

If your little one consumes formula milk, you should consult a doctor first to consider replacing formula milk. For example with partially hydrolyzed protein formula (partially hydrolyzed protein). Although it is still being researched, this type of milk is considered to have a softer protein formula, so it is easily digested and absorbed by the child's body. In addition, you can also choose a type of low-lactose milk. But don't forget, pay attention to the nutritional content in formula milk, such as calcium, iron, omega-3, folic acid, vitamins B1, B6, and B12, in order to meet the nutritional needs of children so that the growth and development and intelligence of the Little One can be optimal.

Maintain a healthy and appropriate diet for your little one, in order to maintain digestive health. Also invite your little one to always be active, both during exercise and play, to support the digestive process and growth and development. If your little one's digestive disorders don't improve or get worse, you should immediately consult Hermina Pandanaran Hospital to get the right treatment.