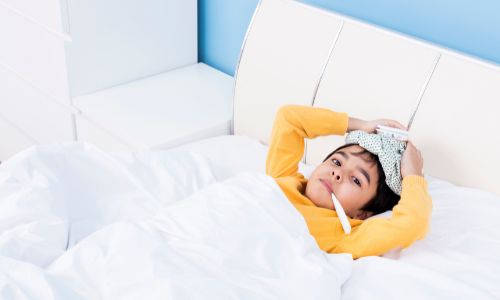 Recognize Kidney Disease in Children, Starting from Causes to Prevention

Not only for adults, it turns out that kidney disease can also be suffered by children. Kidney disease is a condition in which the kidneys experience decreased function or damage. Kidney disease in children can be caused by several factors.

As a parent, you should be more aware of your child's complaints or physical changes in your child. The reason is that this could be caused by the presence of disease. The earlier you find out, the easier it will be to heal.

Reporting from hellosehat.com, citing the official website of the University of Rochester Medical Center, states that kidney disease is kidney damage that causes dysfunction. This condition can be temporary or even permanent. The most common types of kidney disease are :

Causes of Kidney Disease in Children

Children can develop kidney disease due to several factors. In children aged less than 5 years, it is usually caused by a polycystic kidney disorder and can also occur due to blockage of the urinary tract.

Meanwhile, in children older than 5 years, it is usually caused by kidney absorption problems such as nephrotic syndrome and lupus nephritis due to congenital abnormalities.

According to the Ministry of Health of the Republic of Indonesia, the causes of kidney disease in children are divided into 3 types, namely pre-renal, renal, and post-renal.

Pre-renal causes are caused by problems outside the kidneys, such as dehydration, bleeding, serious injuries, severe infections, and heart abnormalities.

Symptoms of Kidney Disease in Children

As a parent, you should be more alert if there are symptoms of kidney disease in children, including :

If your child shows this condition, it is best to immediately consult a doctor. Especially if the symptoms shown are getting worse over time.

Prevention of Kidney Disease in Children

Parents play an important role in maintaining the health of their children. The reason is that children under the age of five do not understand how to maintain a healthy lifestyle to avoid various diseases. So, to prevent kidney disease in children, do the following :

If your child has been suffering from kidney disease, you should visit the doctor regularly. On the other hand, it is very important to take steps to prevent kidney disease in children. A healthy lifestyle from an early age is also one of the keys to preventing the body from various diseases.

Hermina's friends can consult a child's kidney disease with a pediatrician at the hospital. The closest Hermina, or Hermina's friends, can also consult online with a specialist hospital. Hermina with the application "Hello Hermina."