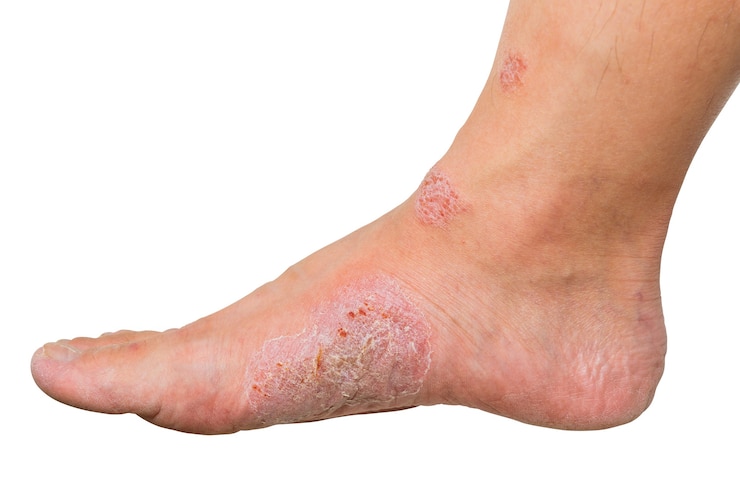 Friends of Hermina, wounds in diabetics can be fatal if not handled properly and appropriately. Wounds that occur in people with diabetes mellitus are called diabetic ulcers. This is due to poor blood sugar control as well as neurological disorders, blood vessel disorders (vascular) or a combination of both.

Diabetic ulcers can cause problems and damage to the feet, namely:

Disorders of the large blood vessels are called macroangiopathy

Eyes feel if there is an injury or impact

• Motor disorders in the leg muscles

Fungal infections of the skin on the feet of diabetics are usually caused by Candida albicans. This fungus can attack parts of the skin that are moist, lack air circulation, and are not exposed to sunlight.

Foot disorders in diabetics who have fungal infections cause itching and red patches on the surface of the feet.

This condition further leads to the formation of diabetic ulcers. A common fungal infection is athlete's foot, also known as water fleas.

Ulcers are open sores on the feet due to diabetic foot. This condition will take a very long time until the wound is closed again.

Ulcers can be a gateway for germs from outside which then infect the feet if not treated as early as possible.

When infection occurs, ulcers can get worse and become diabetic ulcers which are characterized by discharge and unpleasant odor from the feet.

Hammertoes are a problem that causes the toes to appear bent downwards.

This condition occurs because muscles weaken and tendons (tissues that connect muscles to bones) become shorter.

The same thing can happen to the big toe that curves towards the second toe. This condition is called a bunion.

This diabetic foot disorder causes diabetics to have difficulty walking and cause pain.

Diabetic neuropathy can make the skin on the feet dry. This disorder is also one of the most common symptoms of diabetes.

At first glance it may be harmless, but dry skin can cause cracks that may become diabetic sores and subsequently lead to diabetic ulcers that are difficult to heal.

In addition to calluses, diabetic foot problems that are commonly experienced by diabetics are elastic. This foot disorder is caused by constant friction on the surface of the footwear.

The elastic is shaped like a bubble filled with liquid. In people with diabetes, usually the elastic will be larger on the surface of the foot.

It is not recommended that you break the elastic because this can cause sores on the feet that are at risk of infection and forming diabetic ulcers.

Calluses or callous is a form of diabetic foot disorder that causes a buildup of skin that eventually hardens. This disorder usually appears around the heel or sole of the foot.

The process of skin accumulation will occur more quickly in individuals who have diabetes so that calluses form.

Calluses in diabetics are usually triggered by footwear that does not match the shape of the feet that have changed due to hammertoes.

Check with your doctor if you have any of the following complaints:

Tips for treating foot wounds in diabetics are as follows:

Diabetic foot ulcers must be treated quickly because they can cause infection and impaired blood flow. To prevent foot injuries in diabetic patients, you should regularly control blood sugar and always wear proper footwear to avoid foot injuries.

Solution for GastritisKidney Disease: Types, Symptoms, and TreatmentMyths About DiabetesMalaria: Symptoms, Causes, and TreatmentFoods To Help Lower LDL CholesterolLupus in ChildrenWhat is Thallasemia?Vaccinated but Still Got Covid-19?GallstonesBrain FogDiabetesPerawatan Khusus Diabetes Melitus (DM)OsteoporosisWhat is Dyspepsia?Mengenal Penyakit Asam UratWant your fast to be smooth? Beware of the following diseases!MonkeypoxMengenal apa itu Gastritis (Maag)?Five fruits you can eat to reduce gastric acid5 Foods for Typhoid Patients that You Need to Know.YUK KENALI PENYAKIT SERIBU WAJAHBeware! Symptoms of MonkeypoxKeep an Eye Out for Monkey Pox Outbreaks. And the distinction from chickenpox Is It True That Bubble Tea (Boba) is Harmful to Health?Is it simple to get sick? Beware of signs of weak immunityHeartburn does not mean stomach acid. Let's check the facts here!Why should I get the meningitis vaccine if I'm performing Umrah or Hajj?