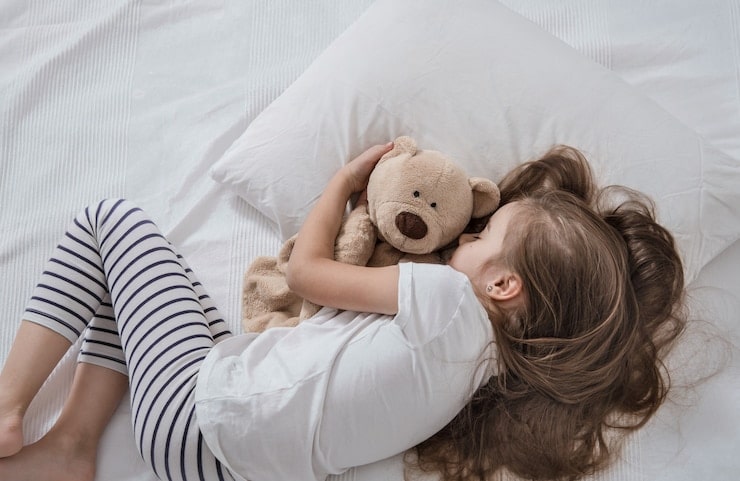 Appendicitis or appendicitis occurs when the appendix becomes inflamed or infected. The appendix is ​​a finger-shaped pouch that protrudes from the large intestine on the lower right side of the abdomen. Although rare in children, acute appendicitis is often an emergency for surgery in children.

Appendicitis in children is often difficult and late to recognize because the complaints are not typical. Children often cannot clearly describe the pain or other complaints associated with the symptoms of appendicitis.

Symptoms of appendicitis in children:

• Abdominal pain in the lower right that is getting stronger

• The child looks fussy in pain

Appendicitis that is not treated immediately can cause the appendix to burst. When the appendix ruptures, germs and dirt in the appendix will enter the abdominal cavity, causing widespread infection and inflammation.

Ruptured appendix can occur within 48-72 hours after appendicitis symptoms in children are first felt. This rupture of the appendix can cause peritonitis which is dangerous and needs to be treated by a doctor at the hospital immediately.

Treatment of Appendicitis in Children

When your little one starts experiencing the symptoms of appendicitis above, immediately take him to the doctor. To determine the diagnosis of appendicitis in children, the doctor will perform a physical examination and supporting examinations in the form of X-rays, ultrasound, or CT scans, as well as blood and urine tests.

Appendicitis can be treated with surgical removal of the appendix called an appendectomy. This procedure is generally done under general anaesthesia, so the child will fall asleep during the procedure.

Appendicitis surgery procedure can be done by:

Appendicitis surgery using a laparoscopic technique is performed by making three 1–2 cm long incisions in the baby's abdomen. Then from the incision, the doctor will insert a special tool equipped with a camera and light as well as surgical equipment.

This technique is a conventional appendix surgery technique which is done by making a wide incision of about 4-7cm in the abdomen. Through this incision, the doctor will remove the inflamed and infected appendix, then stitch the appendix and the incision wound.

Children who have recently had appendicitis surgery will usually require 2-3 days of hospitalization. While the child is hospitalized, the doctor will give him antibiotics to treat the infection as well as painkillers to reduce pain after surgery.

If not treated immediately by a doctor, appendicitis in children can lead to dangerous complications, such as peritonitis and sepsis. Therefore, immediately take your little one to the doctor if he experiences symptoms of appendicitis or if his condition gets worse despite taking medication from the doctor.

Appendicitis Caused by Lack of Fiber?Minimal Wound Surgery With LaparoscopyCome on, Know the Symptoms and Causes of Appendicitis!