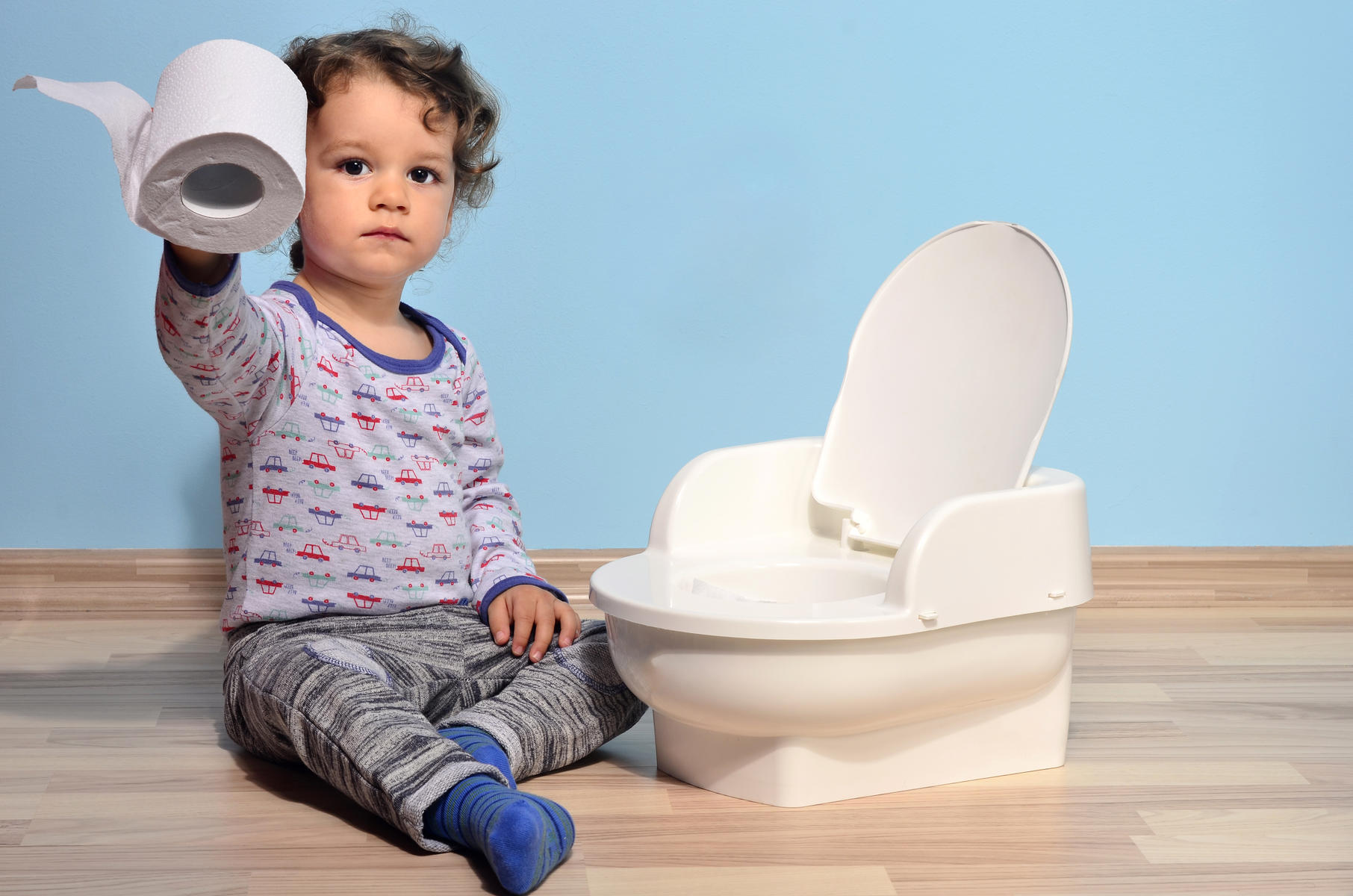 One of the important stages in a child's development is the child's ability to defecate on his own in the toilet. It is a challenge for parents and caregivers to help children in toilet training. Success is measured by how far the child understands the use of the toilet to defecate, not by mastery of the learning process. Various methods can be used in seeking the success of toilet training. The need for sensitivity of parents and caregivers in recognizing signs and children's readiness to learn, consistency, and not being forced.

There is no definite age to start toilet training in a child. It can be seen from the physical and psychological maturity that generally occurs around the age of 18 months to 2.5 years.

Some signs that your baby is ready to learn include:

1.Be able to imitate you and show interest in learning, for example following you to the bathroom.
2.Be able to return objects to their place, whether requested or not.
3. Able to show signs of independence by saying no.
4. Able to walk and sit well.
5. Able to convey the urge to urinate (small or large).
6. Able to take off and put on his clothes.

The need for planning that is agreed upon by all parties and the involvement of caregivers in implementing consistent toilet training, such as extended family members or daycare workers. It's important to pay attention to how your child behaves and tempers, what time of day is best to start getting acquainted with using the toilet, and the support he or she needs at all times. Your doctor can help determine your child's readiness as well as a planned approach to take.

The toilet training stage includes conveying the intention to defecate, removing clothes or pants, defecating in the toilet, cleaning body parts around the toilet, putting on clothes again, flushing the toilet, and washing hands. Make this learning experience a natural activity in everyday life. Encourage the child's confidence that he can do it himself. Praise him when he succeeds at each stage. A good approach will make the child not feel forced to defecate in the toilet. If your child is feeling pressured or uncomfortable, he or she may hold back urination. Likewise, if your attitude shows anxiety and hope that he will soon be able to be independent.

At certain times, occasionally children will still pee in their pants. When you are sick or experiencing major changes in your daily life, progress may be reduced. This is normal, and the best attitude is to remain supportive as always. Avoid overreacting or putting pressure on his abilities to decline. When the situation returns to normal, the child will immediately return to the abilities that have been achieved.
After defecating, don't forget to see if the stool passed by the child is solid and hard. This causes pain when urinating and hinders the learning process, because the child will hold back his urine. When this happens, increase the fiber in your child's diet and drink adequate amounts of water. Reassure the child that bowel movements are no longer painful if the stools are softened.

Some other things to keep in mind when your baby is in the process of toilet training are:

1. Recognize cues when the child is about to defecate, such as facial expressions, certain behaviors, or positions. Ask him if he wants to go to the toilet when the cue occurs.
2.Always give examples, both about how to sit on the toilet and in the habit of eating lots of fiber.
3. At the beginning of toilet training, boys need to learn to urinate in a sitting position first. Learning to urinate directly in a standing position may be possible

complicate the process of learning to sit on the toilet to defecate. Boys also generally take longer in this learning process.

4. Practice defecation can be started once a day at the same time, such as after eating or while bathing, when the child is not dressed.
5. When the child has started to learn to control the process of urinating, you can reduce the use of diapers gradually. Start wearing regular cloth pants on

during the day when the child wakes up and plays. Control of urination during sleep may only appear a year after the child is able to hold bowel movements during the day.
6. Teach children to urinate at night before going to bed. If he still urinates a lot at night, maybe you need to invite him to pee in the middle

one more night.
7. Consult a pediatrician if your child has not been able to control bowel movements by the time he is 7 years old.