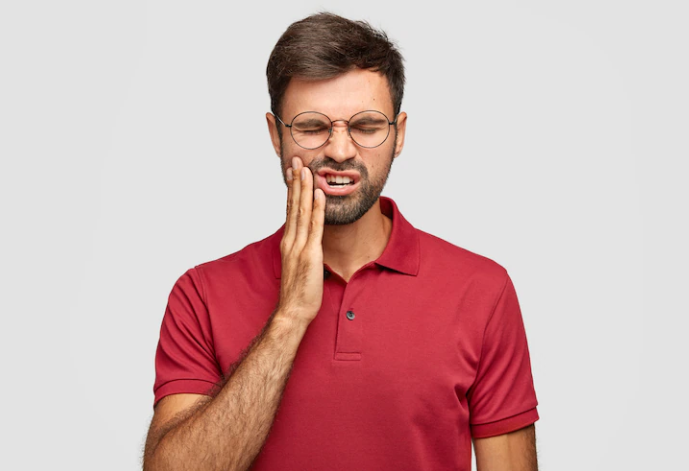 Flesh in a tooth cavity, is it dangerous?

Friends of Hermina, have you ever noticed the presence of gums coming out of cavities? This is called a pulp polyp.

Pulp polyps, in medical terms known as chronic hyperplastic pulpitis, are an inflammatory condition of the dental pulp, which is the center of the tooth that contains the tissue and cells that form the tooth. This condition occurs due to an increase in the number of cells in the tissue as a reaction to chronic inflammation and usually occurs in teeth whose nerves have died.

The inflammation that occurs is caused by irritation or bacterial infection of the exposed dental pulp due to damage to the crown of the tooth, such as cavities. The infection can be triggered by exposure to bacteria, leftover food, and other substances found in the oral cavity, as well as several other things, as follows:

Pulp polyps generally appear in the front and back molars because they have a fairly large tooth cavity. Pulp polyps often appear as a single lesion on a single tooth, but sometimes they can occur in several teeth. Usually, the polyp will grow to its maximum size within a few months, after which it will settle in size. Some other symptoms that appear in the oral cavity when experiencing a pulp polyp include:

There are several medical treatments that can be done to treat pulp polyps, namely:

Surgical procedures are the mainstay of treatment for removing pulp polyps. The type of surgery performed can also vary according to the condition of the polyp and the patient's tooth. The usual surgeries are:

The way to prevent pulp polyps is to maintain oral and dental health and have regular dental checkups. If Hermina's friends have complaints such as more flesh appearing in place of cavities, they should immediately consult a dentist at the nearest Hermina Hospital.